Is Jacinda's 'Nuclear-free moment' on climate change nothing more than a bumper sticker? 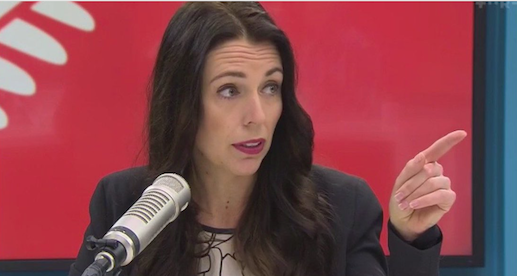 Is Jacinda's 'Nuclear-free moment' on climate change nothing more than a bumper sticker?

Our Prime Minister, Jacinda Ardern, stated that climate change was her generations 'nuclear-free moment', yet when we consider actual environmental policy to date, we can conclude that this 'moment' is little more than a feel good nuclear free bumper sticker. This criticism is not just levelled at our Government, the latest research shows it can be made against almost every Government.

A new study published by the Grantham Research Institute on Climate Change and the Environment, and the ESRC Centre for Climate Change Economics and Policy has found that of the 197 countries in the Paris Climate Agreement, only 16 are on track to meet their goals. We are seeing lip service paid to climate change policy, we are not seeing actual change.

That's what is needed, what has the current Government offered?

A wishy washy plan to be carbon neutral in 32 years time.

Right now, the latest research tells us that melting Arctic ice is pouring 14 000 tons of water each second into the oceans. Desalination shuts down the ocean conveyor current, that in turn causes enormous climate change that will see the displacement of tens of millions and make parts of the planet uninhabitable.

Even if we actually lived up to the pledges that many countries aren't even bothering to endorse, we are still on track for a 3 to 4 degree rise in temperatures by the end of the century, that's how weak the promises in Paris really were.

We are being delusional if we think the current policy platform to combat climate change is even close to the leadership and courage required.

Which brings us back to Jacinda's claim that climate change is our generations 'Nuclear-free moment', because on examination, I fear what she has stated here is actually uncomfortably closer to the truth than many of us appreciate.

In February of 1985, David Lange didn't as popular mythology would have us believe, reject the United States from allowing the USS Buchanan from visiting New Zealand. CIA files show he was privately attempting to find a loop hole that would have allowed the ship visit and when that became too difficult to achieve, he left for Tokelau and was uncontactable when the news of the ship visit was leaked to the media leaving Sir Geoffrey Palmer to reject the USS Buchanan, not Lange.

David had simply abdicated responsibility for the decision by being uncontactable in Tokelau. Our 'nuclear-free moment' was more accidental than designed and the lacklustre attempts so far to do anything meaningful on climate change suggests Jacinda's declaration of a 'nuclear-free moment' could be the same empty gesture.