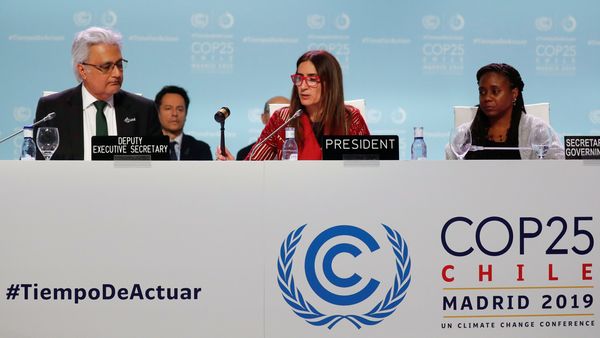 Office of the Māori Climate Commissioner

Despite the failure of attending nations to reach agreement at COP 25, just concluded in Madrid, Commissioner Awatere Huata says New Zealand’s leadership, and James Shaw’s role in particular, should be recognised.

“Unfortunately, New Zealand’s strong leadership role was overshadowed by the obstructive actions of several nations, whose contribution to the failure to reach agreement on Article 6 meant the talks were left in disarray,” says Commissioner Awatere Huata.

Article 6 of the Paris Agreement would create a global mechanism for trading carbon credits and provide incentives for carbon reduction activities. Countries including Australia and Brazil were seen as blocking progress on Article 6 as they sought to gain advantages for their own emissions accounting, while the US opposed efforts to compensate developing nations.

“While the world burns, indigenous peoples are being hardest hit by climate change, with the loss of traditional lands and resources – often in the very countries which are working against the international community’s attempts to deal constructively with the climate crisis,” says Commissioner Awatere Huata.

“However, through our strong representation at COP 25 and the passage of the Zero Carbon Act, Aotearoa New Zealand is highlighting on the international stage what can be achieved in addressing the current climate crisis.”

Commissioner Awatere Huata says that leadership globally, must be backed by local action, and in particular with the Government’s commitment to working closely with Māori to develop genuine solutions for Aotearoa.

“As a country – and as a leader on the world stage – we can go further. And that way forward is to be found in the Māori world view.”

“We have long understood the importance of living and working in harmony with the natural world, and the concepts of whakapapa, mauri and utu should underpin the way all New Zealanders approach our environment. From these principles we can build an inclusive, all-encompassing approach to climate change that supports and empower everyone.”